Ask us about our Ypres bike tours with full-day cycling in Ypres and surroundings.

The Great War tour (35 or 50 km) will guide you along the infamous Great War battlefields, and you’ll wonder how this tragic event could ever have happened… The fully restored city of Ypres however, with its four great battles during that war, is now a centre of peace!

The Land of Talbot & St Sixtus, behind the front lines tour (54 km), takes us to the never-occupied city of Poperinge that used to be an oasis of amusement for front soldiers to temporarily recover before going back to the trenches. You’ll find Talbot House, centre of British culture, and the St Sixtus abbey, where the best Trappist beer in the world is brewed. A tasting is of course included. While cycling, we’ll follow the road that soldiers walked on their way to the front. 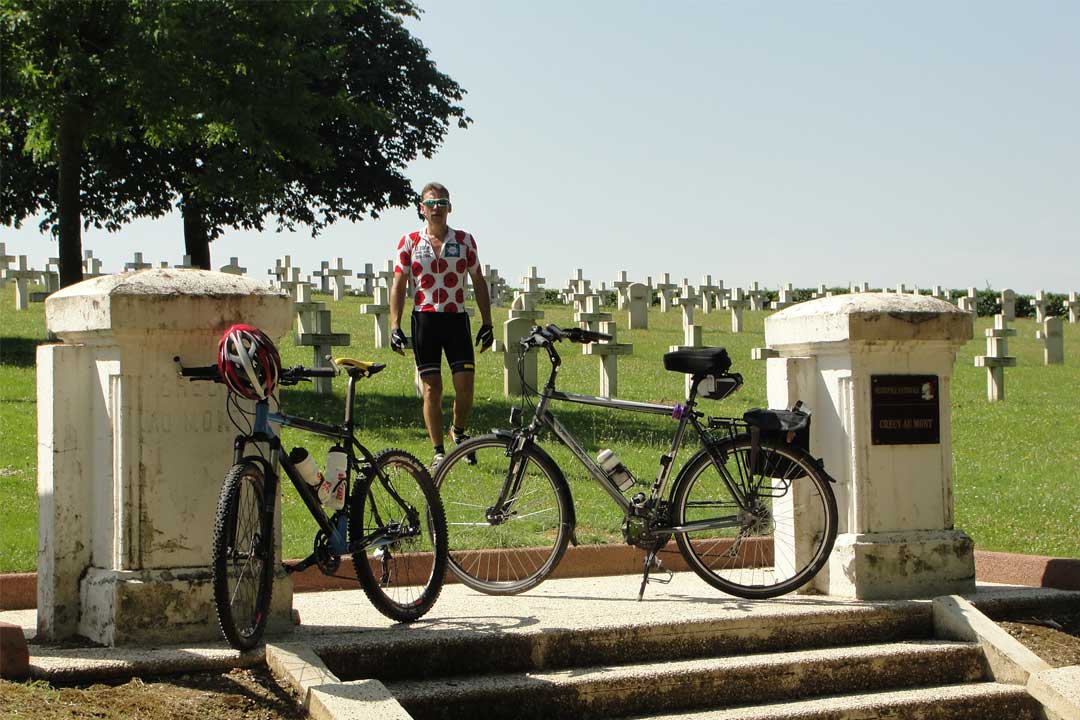 The Cycling Beer tour (30-50 km): is it a good idea to combine cycling with tasting the best of Belgian beers? You’ll find out! Join us on this cycling tour between Ypres and St Sixtus Abbey. We’ll show you the landscape of the Flanders Fields and end the tour with a visit to a local brewery under the medieval ramparts of Ypres. A local cheese or other typical small dish will accompany all tastings.

The Mining Story of 17 June 1917 tour (75 km) challenges the true bikers by featuring the highest point in Flanders (the Kemmelberg, racing bike required)!

We will also visit the site where 22 mines were made to explode on the morning of 17 June 1917 and hear the deeply human stories that came with this tragic event.

The Flanders Mountains Tour (100 km) is an even bigger challenge for which a racing bike is definitely mandatory. Heading towards the French border we’ll have you try mountains such as the Kemmelberg and the Mountain of Cassel. Of course we’ll offer shortcuts for those that need it!

A few highlights of the Ypres Bicycle Tour